Top 10 Reasons NOT to See the Borat Movie 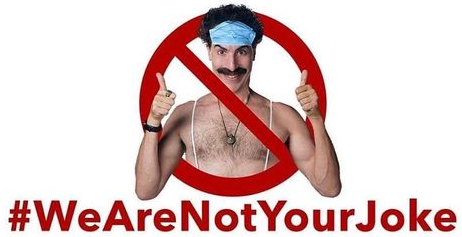 As fighting racism has become a major discussion in the US and abroad, many viewers are reacting very differently to the new Borat movie in 2020 than they may have reacted 14 years ago when the first Borat movie came out. Anar Umurzak, a Kazakh scholar and entrepreneur, has agreed to share lesser-known facts about her homeland and why Borat’s portrayal of Kazakhstan is not only not funny, but it is offensive and painful.

Anar Umurzak (PMP, PRINCE 2 Practitioner, Master of Science in Project Management, GWU, 2007) is a curious mind who aims to bring awareness and harmony through dialogue, she is an entrepreneur and podcaster at “Let’s Talk About It” and “Open School of Business” and can be reached at talkresolveconclude@gmail.com. In her spare time, Anar sings and writes poetry. Washingdon DC https://open.spotify.com/show/4IsSR2I…