Courtesy of Kate from Scratch

How about some quick, easy, accessible Chinese this weekend?

Photo Courtesy: A Dash of Cinnamon

The chicken is not Moroccan, but the recipe is. We’d say this dish closely resembles Indian curry and naan, but the cinnamon and apricot gives it a distinctly Mediterranean flavor. Keep this handy when you break out your crockpot for the cold weather!

GLN friend Megan sends us word of a promising new cookbook, “The Promised Land.” It looks like the kind of book you’ll want to pull off your bookshelf to consult before every major holiday, dinner party and birthday and then pass over to your children. It’s also the kind of book that you get to learn about life in Jerusalem over the years and surprisingly controversial vegetables:

Sephardic Jews have always been identified with eggplants, as were Arabs, even when Europeans were quite suspicious of them and were reluctant to use them, believing that “mad apples,” as they were known, induced insanity.

Why else is this cookbook notable?

It comprises the culinary memories of the two men behind the celebrated London restaurant chain Ottolenghi, Yotam Ottolenghi and Sami Tamimi. Each was born in the book’s namesake city the same year, but on different sides–Ottolenghi on the Jewish west side, Tamimi in the eastern Arab section.

We love anything that brings cultures together, and this tome does it with good taste.

We’re NUTS ABOUT NUTS! Pasteli is a quick, easy, no-bake way to get a natural energy fix. Try the recipe and tell us what you think! 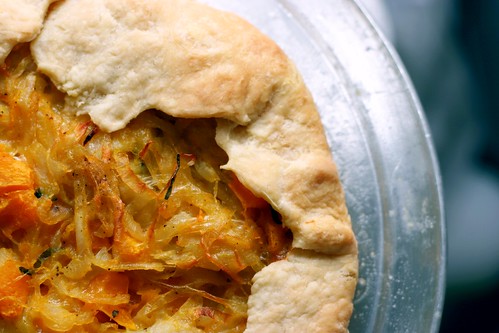 This dish has eyes. Two yellow, eggy eyes. And you, like most people, have probably run out of most food in your house on this sunny Friday afternoon. So why not make a fancier feast of what you might have whipped up with the same ingredients you lived off of in college?