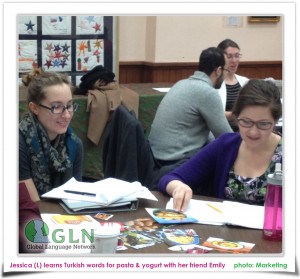 A veteran GLN student, Jessica Schieder is an alumna of the Spring 2014 Turkish Foreigner and Persian (Farsi) Frequent Flyer classes. Looking to brush up on her language skills after graduating from Georgetown, Jess... 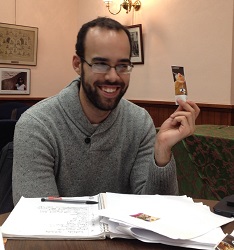 Turkish Foreigner student Luke Penn-Hall found out about GLN from a friend of his. As a masters student at Johns Hopkins School of Advanced International Studies (SAIS), Luke is taking a class at GLN to round...
Read more
Unfortunately, we still have snowmen on the brain, at least here in DC.
END_OF_DOCUMENT_TOKEN_TO_BE_REPLACED ...
Read more

File this one under “historic loss.”

Among the casualties in Mali’s internal conflict is a library containing thousands of historic manuscripts from as far back as the year 1204. The manuscripts had for survived through the centuries, hidden and preserved by Timbuktu residents through both peaceful and difficult times.

The vast majority of the texts were written in Arabic. A few were in African languages, such as Songhai, Tamashek and Bambara. There was even one in Hebrew. They covered a diverse range of topics including astronomy, poetry, music, medicine and women’s rights. The oldest dated from 1204.

Seydou Traoré, who has worked at the Ahmed Baba Institute since 2003, and fled shortly before the rebels arrived, said only a fraction of the manuscripts had been digitised. “They cover geography, history and religion. We had one in Turkish. We don’t know what it said.”

He said the manuscripts were important because they exploded the myth that “black Africa” had only an oral history. “You just need to look at the manuscripts to realise how wrong this is.”

Timbuktu’s mayor called it “a devastating blow.” And it really is. We’ll never get that human history back.

If you are anything like us, you’ve been daydreaming about where to spend your winter holidays and decided upon beautiful Istanbul. This fascinating 4-part BBC documentary did have something to do with it. If you’ve ever wondered what Turkey is all about, here’s a good place to start!

It’s Wednesday, my friends, and I think you know what that means! Not only are you almost halfway to the weekend, but we get to introduce a word (or phrase) to you! This week’s word is güle güle, which is Turkish for “goodbye.” But it’s not...
Read more